In the first edition of ‘Try Now’ Tuesday, discover how AppOnboard collaborated with global game developer, Jam City, to create and launch an App Store Demo for Cookie Jam Blast. Users can now instantly demo the game before installing via a ‘Try Now’ button directly on the Google Play Store.

Welcome to ‘Try Now’ Tuesday, a weekly series where we will be highlighting App Store Demos for top developers. If you missed it, we officially rolled out App Store Demos last week. Check out the full press release!

First up, Cookie Jam Blast by our partners over at Jam City!

Jam City approached AppOnboard to create an App Store Demo for its hit match-3 title, Cookie Jam Blast, which has garnered over 6 million downloads in the past year alone! Jam City was one of the first beta partners for Google Play Instant and was keen on enabling another “Try Now” button on the Google Play Store.

Check out the final App Store Demo below:

What We Love About the Unit:

Jam City was also impressed with the overall creative process for App Store Demos. Instead of dedicating its own engineering time and resources, the developer was able to leverage AppOnboard to go live with an optimized demo creative in a turnkey fashion. “We were able to launch Cookie Jam Blast as a Google Play Instant app in a fraction of the time thanks to AppOnboard,” said Vanessa Rouhani, VP of Publishing at Jam City.

Try This Week’s App Store Demo For Yourself:

To learn more on how to get started with App Store Demos (we are currently offering a 30-day free trial), click here! 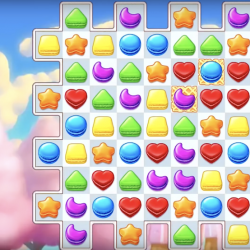